2019 was the year that CES was realistic. While there were still some crazy ideas that may not ever make prime time (see: talk to your fetus in VR) and there were plenty of choreographed dancing robots, the lion’s share of products shown at CES 2019 were not only realistic, but often proven and market ready. Here’s our recap.

Building on 2018: From Prototype to Commercialization
Products like virtual assistant/pill-dispenser Pillo and smart/augmented reality glasses from Vuzix debuted at CES last year. This year, they came back strong with updates that won them innovation awards, and both are now in production. 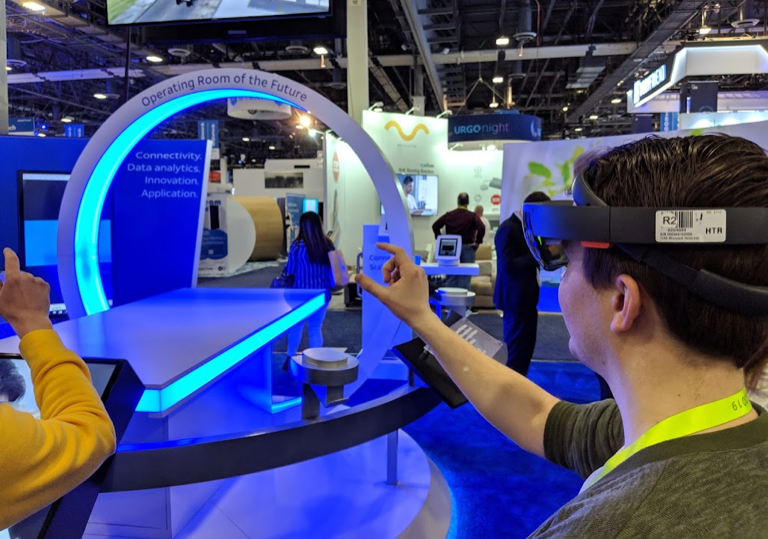 Similarly, for virtual reality, there were no plain VR experiences or new headsets, but there were fleshed out experiences that included an unlimited number of users in one virtual space, a “five degrees of freedom” surgery experience (Psycho) and a stationary VR roller coaster (DOF robotics).

Voice Control Is Everywhere
We saw voice assistants built into nearly everything from belts to glasses to cars to every piece of furniture in your house. The takeaway here is that voice as a platform for consumer interaction with brands is another channel to include in the marketing mix. We are in an era where brands will need to move from delivering products to delivering useful services around their products.

Most booths had “Powered by Alexa” and “Hey Google” stickers, and we even saw a few Siri/HomeKit devices. As the voice assistants continue to grow and gain in power, assistants may have to get used to speaking with other assistants or integrating with third-party ecosystems rather than humans.

5G Shows Promise
“5G” was the biggest buzzword of CES, and many companies had demos highlighting the potential for the future of internet speed. 5G may make accomplishing many of our daily activities — such as downloading songs, streaming videos, and loading websites — at least 10 times faster. Though not expected to replace 4G until at least 2020, we’re excited to see what content we’ll have available (and can produce) in a world with a nearly unlimited bandwidth.

Cars That Aren’t Cars
Self-driving car concepts have matured and no longer even resemble modern cars. Most of the self-driving options at CES now reflect a more high-end pod that can be used for utility and entertainment: sleeping, working, and viewing movies whilst in transit. Flying car concepts showcased potential taxis of the future but seem further away for now. 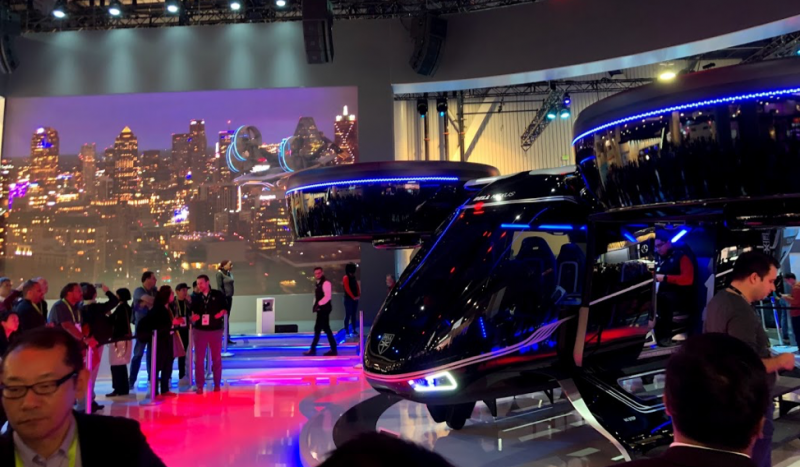 Google Doubled Down
Google employees resembled friendly Oompa Loompas at CES, donning all-white jumpsuits and singing at booths. Google was present at a large number of booths, even when they weren’t for Google products. These Google ambassadors were product experts, demonstrating how people could use third-party products with the Google Assistant.

In addition to a massive body count, Google’s exhibition footprint was easily the largest at CES. The company created three different experiences in a building dedicated to Google, including a theme park-style ride showcasing a day in the life of a Google Assistant user. The company announced (quietly) a whole series of new products that would be announced more officially at Google I/O, including customizable Assistant buttons.