Skip to content
Home/Blog/Search/What Does It Take to Win at SEO?
January 27, 2017

What Does It Take to Win at SEO?

Intouch employs a lot of very smart, very driven people. Some of us are also up for a little friendly competition. Of course, it makes sense that competitive people would staff our search engine optimization (SEO) team. After all, the point of competing is to rise to the top, and that’s what SEO is all about.

SEO has been called “alchemy to the uninitiated,” but like most things, it’s not so scary once you dive in. Healthy levels of technical chops and creative aptitude, along with (unhealthy) levels of curiosity and competitive drive generally draw people into the field.

The site features original illustrations representing SEO heroes — each of whom is based on a real-life SEO hero; a personality quiz you can take to see which kind of hero you are; and possibly best of all, a short song written and performed by Tylor. 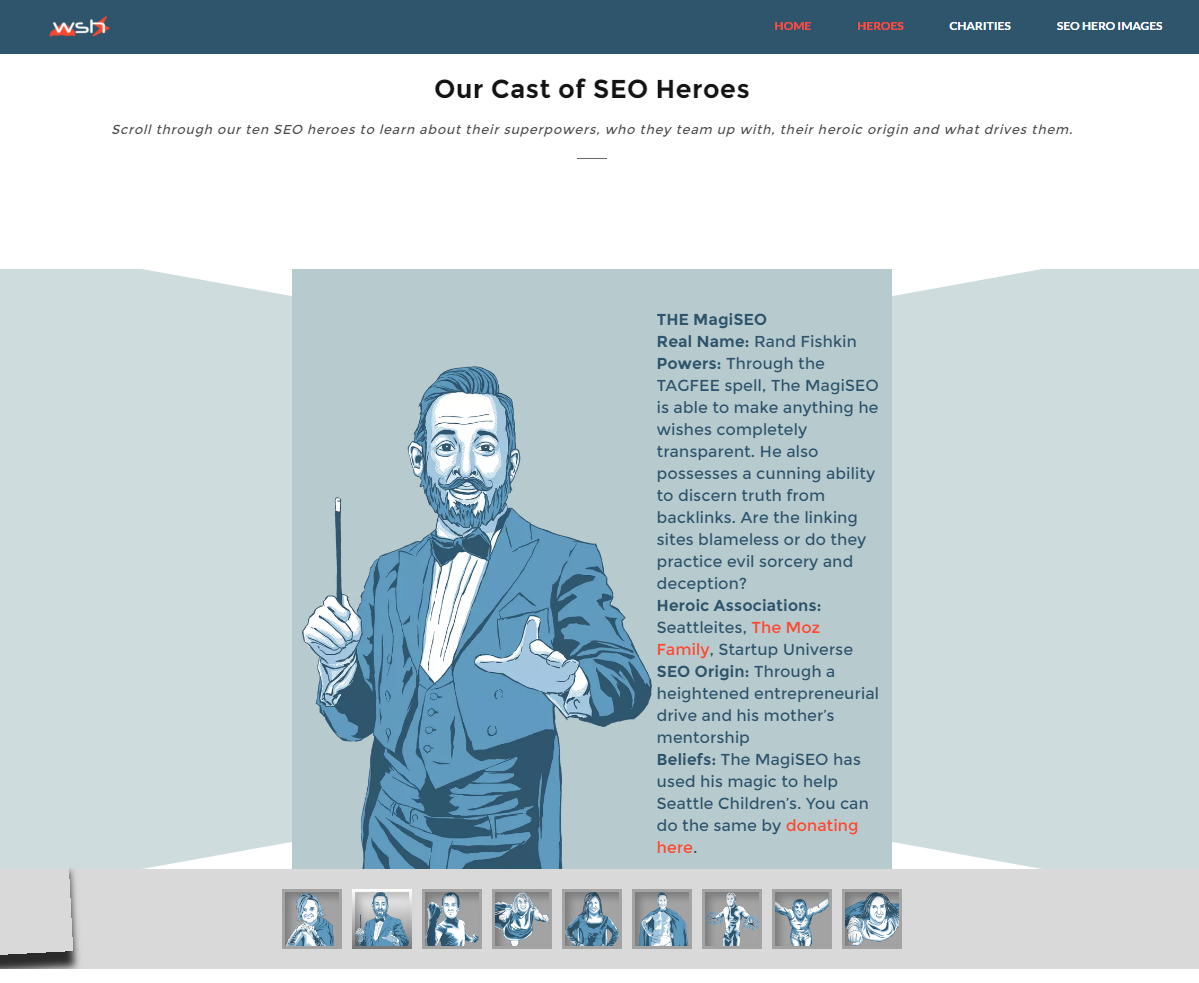 The competition, which originated as an opportunity for Wix to prove its own SEO skills to the world, challenges participants to create a website that gets the highest Google rankings between March 13 and March 15, 2017. According to Wix, “the moderator will search for the term ‘SEO Hero’ on Google. The site to rank the highest on average over this period will be the winner.”

So what happens if Tylor and his team win? “Uncle Sam gets first dibs,” says Tylor. “Ten percent of after-tax winnings will be distributed among these charities, based on votes; the rest goes to my teammates and me.”

We’re looking forward to the outcome and wish Tylor, Matthew, Delbert and Cricket (and all the other entrants, of course) good luck!