Skip to content
Home/Blog/Technology/Pharma Should be Listening to Apple’s Lessons
July 7, 2015

Pharma Should be Listening to Apple’s Lessons

Technology giants Apple, Google and Amazon have been seriously dabbling in the health industry.

But instead of obsessing about the latest gadgets or fretting about who “owns” health, pharma would do well to pay attention to these companies and the lessons they teach. Let’s take a look at Apple as an example.

Apple Is Much More Than Devices 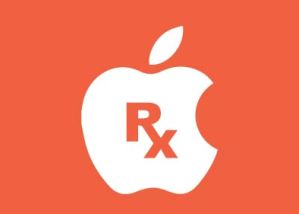 Apple is often thought of as a device company whose R&D focuses on sleek packaging and shiny objects. That’s not really the case, though, and if you look more closely, you can see proof. Apple’s initiatives are actually quite similar to those of other tech giants — like the Google X facility devoted to moonshots (advanced technological projects). Rumor has it that some of the products Apple may be developing include its own television and car.

The Inherent Utility of HealthKit

When HealthKit debuted, some in the healthcare community were nervous that Apple was trying to become a major player in healthcare. But almost immediately, HealthKit’s utility became clear. It’s a platform that enables Apple to help apps access, gather and analyze data. Instead of competing with health wearables or app developers, it makes it possible to enhance those products. Apple wants its tech to be where powerful things can happen. They don’t need to be the ones making those things. They have a universe of entrepreneurs and developers champing at the bit to do that.

The Promise of ResearchKit

ResearchKit’s addition was a bit more surprising. It was released without leaks and with little fanfare, but it may do as much, or more, to change the health narrative in a way that’s different for Apple. This isn’t just building tools to help developers and grow Apple’s user base.

One rumor is that the medical community reached out to Apple after HealthKit’s release and suggested that it had the potential to impact clinical trials. Another is that Apple had been working on it quietly for years. Either way, as a result, Apple partnered with several research institutions to address some outstanding issues and test their concepts.

ResearchKit’s full capabilities and level of open-source access are still unfolding, but there are already three ways in which it may have influence:

ResearchKit appears to already be offering not only a platform for clinical trial recruitment and execution, but also quite a few lessons from which pharma can learn.

Pharma, are you listening?