Skip to content
Home/Blog/Strategy/Make an Impression: How to Combat the Challenges Facing Online Ad Viewability
January 26, 2015

Make an Impression: How to Combat the Challenges Facing Online Ad Viewability

It’s one thing to plan and strategize your digital advertising campaign, but it’s another to know the audience you paid for is actually viewing your ads. While this challenge is something that we at Intouch Solutions have been well aware of for a while now, it’s gotten broader media attention in the wake of new research:

Their findings — in particular that 56% of display ads are never viewable (Google) and 11% of ad impressions are attributable to bots rather than humans (ANA/White Ops) — highlight the question of just how to ensure you’re getting the most out of your impressions.

Three challenges, one uphill battle
The issues at the heart of these two reports are verification, viewability and bot fraud — all of which affect your ad impressions in distinct ways.

Verification is about ensuring that your ads are not only compliant, but also served and displayed as you intend so that the impressions you get are quality. For viewability, we’re referring to the Internet Advertising Bureau’s definition of the term, in which it means that at least 50% of an ad’s pixels were in view for a minimum of one second.

According to Google’s report, a couple of big factors influence viewability. Page position is obviously key, but, surprisingly, the best spot isn’t at the very top of the page. Google actually found that the most viewable position is right above the fold. And the most viewable ad size? Vertical units like 120×240, 240×400 and 160×600. 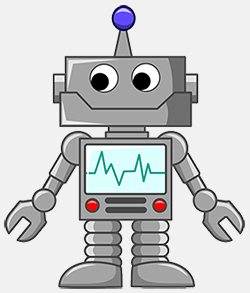 Lastly, there’s bot fraud, a term that encompasses the fake traffic you get from groups of computers that surf the Web, clicking on ads, “shopping” for items and generally mimicking human behavior. Overall, this problem is difficult to control since bot fraud tends to evolve right alongside media technology, but new companies, like White Ops, are entering the marketplace with proposed solutions to identifying bot traffic in campaigns.

Bolstering your campaign defenses
So what can you do to counteract these challenges? Intouch has honed several best practices that we implement with all of our clients so they can be confident they’re getting quality campaign impressions. We recommend companies take a two-pronged approach, implementing safeguards both in the planning phase and the reporting phase. These include:

While no plan is foolproof, taking steps up front to address viewability and verification issues can help ensure the quality of your digital advertising campaign. It will be all the more important to keep an open mind and an open channel of communication with your agencies, partners and publishers as ad sources continue to evolve and new innovations and solutions step into the market.