The Legend of the One-Click Rule Poised to Become Reality

If you tell yourself something enough times, you will eventually start to believe it’s true. And so goes the legend of the one-click rule.

Background on the One-Click Rule

The one-click rule has long been a staple in pharma marketing conversations. Essentially, it’s the belief that digital marketing materials that have risk information separate from benefit information can still earn FDA approval as long as the materials link to the risks and warnings.   So, for example, a brand name and its indicated disease state may be presented together on an initial page with no Important Safety Information (ISI) so long as the ISI is available on a separate page via hyperlink.

Whether the hyperlink approach — aka, the one-click rule — is permitted is a really big deal to pharma marketers because so many popular vehicles and platforms have restrictions on character count, design layout and the like.  For instance, Twitter has a limit of 140 characters per tweet. Such limitations force pharma marketers to choose between having either a branded presence or an unbranded presence, considering a lack of room for ISI. But if they could employ a simple link to the ISI instead, marketers would have greater freedom and more access to a wide variety of promotional platforms.

House Resolution 2479 (H.R. 2479) was introduced in the House of Representatives on May 20, 2015, and assigned to the Energy & Commerce Committee. H.R. 2479 essentially mandates FDA acceptance of the one-click rule, allowing online marketers to present benefit information in one location, with risk information being accessible in a second location via hyperlink.

More specifically, the bill asks the FDA to: 1) review its own previous regulations and guidance; and 2) propose regulations and guidance permitting an “introductory paragraph” about a medical product — such as its name and approved uses — to be presented without additional information about safety and effectiveness, provided the safety information is available by hyperlink. The bill also makes it clear that the hyperlinked information would be treated as though it appeared in the introductory paragraph. 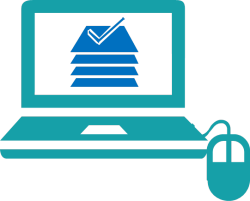 H.R. 2479 was originally part of the 21st Century Cures Act, also known as H.R. 6.  According to Dale Cooke, president of PhillyCooke Consulting, the first draft of this legislation was released in January 2015 and contained a provision that would essentially have made the one-click rule reality. However, that provision was separated from the 300+-page version of H.R. 6 that was introduced to the House on May 19 and instead introduced as its own bill. It has yet to receive additional attention during deliberations of H.R. 6, which recently passed out of the House and is awaiting action in the Senate.

Current Status and Next Steps

The House Energy & Commerce Committee may choose to have a hearing on H.R. 2479 to hear from industry experts, to recommend the bill be passed (either in its current or amended form), or to take no action. It’s also possible that the substance of H.R. 2479 could be incorporated (or reincorporated) into the 21st Century Cures Act. It’s also not unheard of for the Senate to introduce its own version of a House bill, though we haven’t seen any indication that such a bill is forthcoming.

Unfortunately, there is no way to know when, or if, one of the above options might occur. If the political winds are favorable, though, and if the one-click rule becomes a reality, it will have big implications for digital marketing.