Kansas City
We wouldn’t be an ad agency if we didn’t have a summer afternoon dedicated to sports, beer, backyard-style games, and hamming it up in a photo booth. Last month, more than 400 Intouchers from the KC office headed to Kauffman Stadium to tailgate and cheer on our beloved Kansas City Royals. There was BBQ (because Kansas City), an awesome playlist, and plenty of mixing and mingling.

And because we love our tech toys, we sent up a drone to document the afternoon.
Inside the stadium, Intouch took over all of right field, and the seats were in prime foul-ball territory. Despite a little rain and a cool wind, many Intouchers stayed long enough to close down the stadium. When it comes to the Royals and Intouchers, we’re #ForeverLoyal. 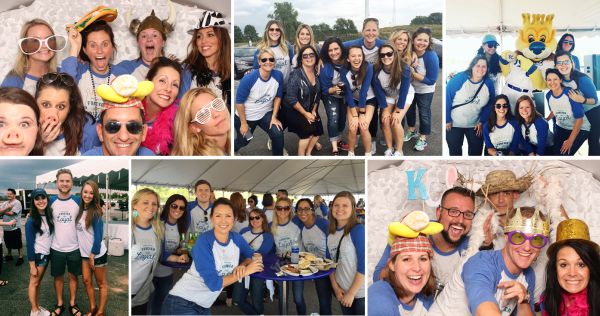 New York City
We heart NY, and the New York City office summer outing was a celebration of this remarkable metropolis and its culture.

We started with a scavenger hunt at the world-famous Metropolitan Museum of Art. After the winning team was announced, a special treat was waiting outside: a bus tour of NYC unlike any other. The bus had floor-to-ceiling windows and stadium-style seating, which gave everyone an unobstructed, 180° view of NYC’s bustling streets. Along the route, “pedestrians” sang, rapped, danced and played music just for us.

We ended the day back at the Intouch office with a delicious spread of catered food and drinks, and we kept the party going well into the night. Our summer outing offered a unique view of the city and an unforgettable day for the NYC office! 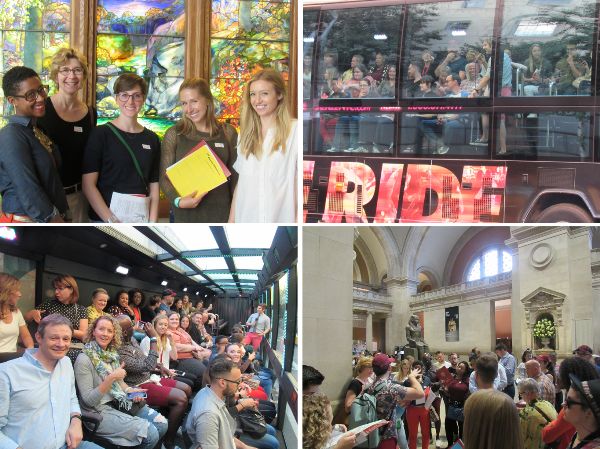 Chicago
The Chicago office loves games, so our event was at WhirlyBall. Intouchers were encouraged to team up, come dressed in matching outfits, and be ready for some friendly competition. We played laser tag, bowled, and of course, whirlyball.

For those who don’t know, WhirlyBall is a mix of basketball, bumper cars and lacrosse that’s played with scoops and whiffle balls. The goal is to pass the ball to your teammates and score points by landing the ball in a black box at each end of the court, all while fending off the other team chasing and bumping you in their WhirlyBugs.

Laser tag was exhilarating. Everyone ran around in a glowing, black-lit room trying to score the most points for themselves and their teams. With red laser beams slicing through the air in search of targets, the game was nonstop fun and excitement. Multiple bowling lanes were also open for us, along with a photo booth filled with various props.

Competition makes you hungry, so there was pizza, salad, fried macaroni bites, mini hotdogs and more. Dessert was a giant display of retro 90s candy from Candyality, so everyone could make themselves a delicious goody bag. 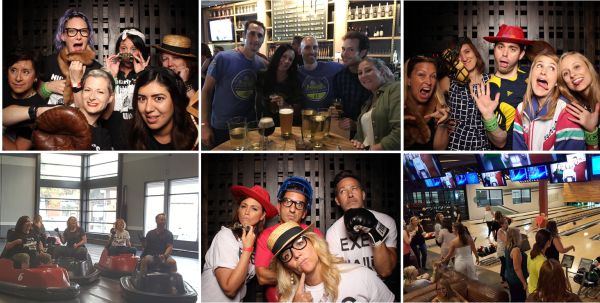