Intouch Solutions’ internship program turned 5 this year, and once again, it was an amazing summer for everyone involved. A total of twenty-eight interns worked in our three U.S. offices: 16 in Kansas City; 8 in Chicago; and 4 in New York. Their disciplines ranged from analytics, creative and planning to search, eCRM, project management and more.

Over the course of the summer, our interns lived and breathed Intouch’s primary purpose – hacking healthcare for the people. Along with working on existing client projects, each group of interns was also tasked with teaming up on a project for a nonprofit client. This year, across the three U.S. offices, the focus was on kids affected by chronic conditions. 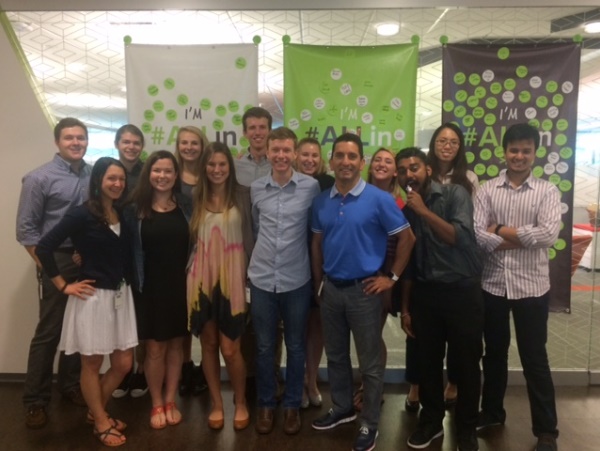 In Kansas City, interns worked together to create a new website and other campaign assets for the Kyrie Foundation, an organization dedicated to helping fund research on pediatric brain cancer. Their project incorporated four components: a digital fundraising campaign that inspired empathy and motivated viewers to donate; an eCRM strategy to grow the foundation’s subscriber list; a complete website redesign; and a video designed to educate site visitors about the importance of funding research on pediatric brain cancer. To create the video, the KC team collaborated over the course of a month, writing and revising a script and eventually incorporating animations and a voiceover recorded in Intouch’s own recording studio. 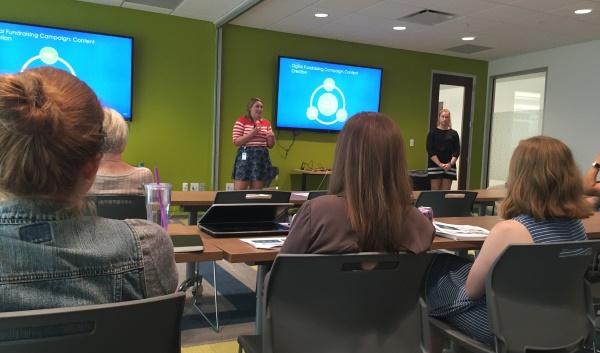 In Chicago, interns focused on developing a tool that would encourage adherence for a drug that manages juvenile idiopathic arthritis (JIA). JIA affects kids 16 and younger and is characterized by inflammation, chronic pain, and joint swelling and stiffness. Through their research, the Chicago interns learned that 300,000 U.S. kids are affected by JIA, and one-fifth don’t consistently take their medicines as prescribed. After an extensive review of what’s currently available to help children with arthritis, the group developed an app that features an augmented/virtual reality component to make exercise more fun, as well as a weekly tracker that visualizes adherence and provides feedback and encouragement so kids take their medicines as prescribed. 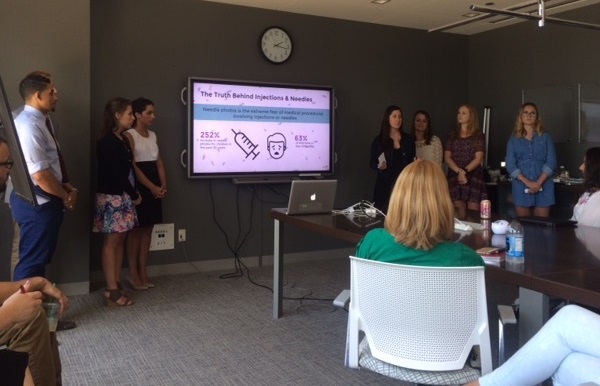 The New York interns’ project aimed to change patient behavior. The group created materials that would encourage patients and their caregivers to consider a new therapy when a current approach wasn’t working. The interns gathered research on disease statistics and existing therapies, and then used that information to create a multimedia solution that was fun and educational for child patients and their adult caregivers.

“We’re very proud of what our interns accomplished this summer,” said Intouch CEO Faruk Capan. “Our interns never fail to impress me with their hard work and exceptional intelligence.”

Congratulations and best wishes to the 2016 summer intern class!

Get more information on summer internships , or read about past intern experiences. 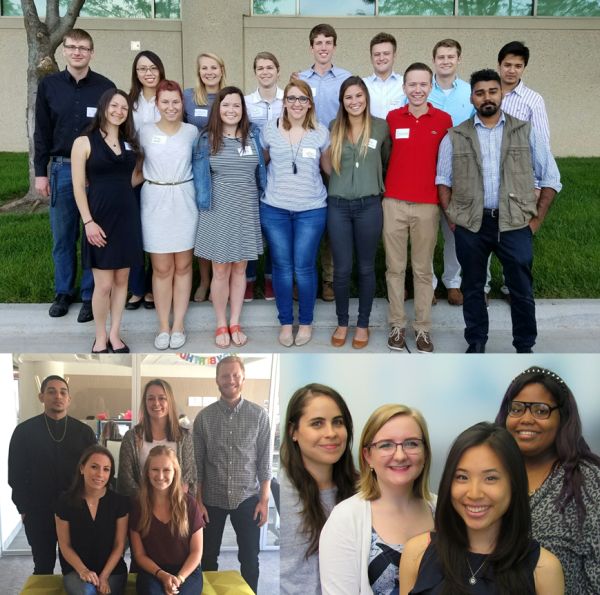