Skip to content
Home/Regulatory/Policy/Five Issues in Washington for Pharma to Watch
June 6, 2019

Five Issues in Washington for Pharma to Watch

There’s no doubt about it: Healthcare is the #1 concern among Americans, and numerous high-impact healthcare policy proposals are swirling in the circles of Capitol Hill.

The Coalition for Healthcare Communication (CHC) represents healthcare advertising agencies and related service providers, promoting “the free exchange and availability of accurate scientific and medical information.” At the Coalition’s Rising Leaders conference on healthcare policy in Washington, D.C. May 22, a diverse set of speakers provided updates and predictions, and discussed the potential impact of the many significant healthcare policy decisions pending on Capitol Hill.

This POV will provide an overview of five issues to watch that were highlighted at the conference, as well as strategies for addressing them. The five issues include:

“There’s no doubt about it: Healthcare is the #1 concern among Americans. A million-dollar therapy approval is imminent. Both parties are united by just one thing: They are against high drug prices. Welcome to the Washington D.C. of the spring of 2019.” ~ Jon Bigelow, executive director, CHC

1) The one thing both political parties can agree on is the need to reduce prescription drug pricing.
In his keynote, Jim Davidson, chair of the Advertising Coalition, pointed out that there had been more than fourteen hearings on The Hill this year regarding prescription drug pricing, compared to one by this time last year. Pharma CEOs – not outside experts – are being called to Capitol Hill to testify. This level of attention is an indication that the issue is here to stay, and that this is one of the few areas both parties can come together on to support. Certainly the recent approval of, as the Wall Street Journal called it, the “priciest drug ever” (from Novartis), has fueled the discussion even further.

As a first step, the new DTC TV pricing transparency mandate from CMS will take effect July 9 (see background and details in Intouch’s 2019 POV here). Kate Rawson, senior editor of Prevision Policy, said she believes there are three options for a response to the mandate:

In a subsequent panel, some agreed there is a fourth option:

Also related to concerns around high drug costs, speakers predicted Democrats will make “Medicare for All” the key issue in the 2020 election.

One thing that’s for sure, according to Rawson? “In the next 6-12 months, some kind of drug pricing package will be signed into law, whether it be enabling more generic competition, addressing patent law, or more on pricing transparency.”

2) More than ever before, the tax deduction for advertising is in jeopardy, with far-reaching impact for advertisers, agencies, and media.
The main message of Davidson’s keynote included a solemn caution regarding the “Marketing Tax” threat and implications for healthcare communications. The tax deduction for marketing expenses – and especially for DTC advertising – has been under attack for years, but is facing its biggest threat yet today.

Currently, all companies can deduct all marketing expenditures as a business expense. But legislation is circulating for reducing the deductibility of either all marketing, or of DTC advertising, from 100% to 50% or less. One bill introduced this year seeks to remove the full tax deduction for all DTC advertising, including TV, print, radio and digital.

If manufacturers – particularly the biggest spenders in the pharma industry – are no longer able to deduct DTC advertising expenses, they will no doubt dramatically reduce DTC communications. That has broad-reaching implications for everyone that even remotely touches the healthcare advertising/marketing industry. Beyond the financial impact to the industry, patients and healthcare professionals would no longer have broad access to information about medications. Davidson compelled the audience to write to their congressional representatives to urge them to protect the deduction, and he offered his office’s assistance to do so.

3) “Everyone hates DTC TV ads.”
So why is DTC under attack (again)? As pharmaceutical TV advertising has been steadily on the rise, ads have become inescapable and – some say – flat-out annoying. “I’m sorry, but I know I‘m not the first person to tell you this: everyone seems to hate DTC,” Rawson shared during her session. “The average American sees DTC TV on a daily basis – that’s why TV is being targeted by policymakers.”

It’s no secret that these side-effects-laden ads, famous for their clichéd “happy people on the beach” imagery, are not winning people’s choice awards as consumers’ favorites.

In 2015, the American Medical Association called for an outright ban on DTC. And along with the AMA, many organizations and policymakers theorize that less DTC should translate to less expensive drugs.

Still, organizations such as CHC, ANA and others continue to furiously defend DTC on behalf of the industry, citing First Amendment rights. See the Conclusion of this document to learn more about how you can support this cause.

4) Data privacy continues to be a wide-ranging concern, and legislation is on the horizon.
Shifting the conversation from healthcare to technology, Alison Pepper, SVP for government relations at the American Association of Advertising Agencies (4A’s)  — of which Intouch is a member — provided an update and outlook on the regulation of data privacy. “We’re very much at an inflection point,” she said. “The data privacy issue has been brewing for some time, but media coverage has gotten even louder.”

Pepper shared that there’s no shortage of interest from Congress on data privacy right now, with 209 bills currently proposed that mention the word “privacy” in the title. Proposals come from both parties and there is pressure to act, but data privacy raises difficult questions and requires deep understanding of the issues, and Congress likely has a “technology knowledge deficit.” Two mandates have shaped the landscape to date:

In the absence of federal legislation in the U.S., states have moved quickly to fill the vacuum. Including California, more than 20 states currently have privacy, data, security, or other legislation active. 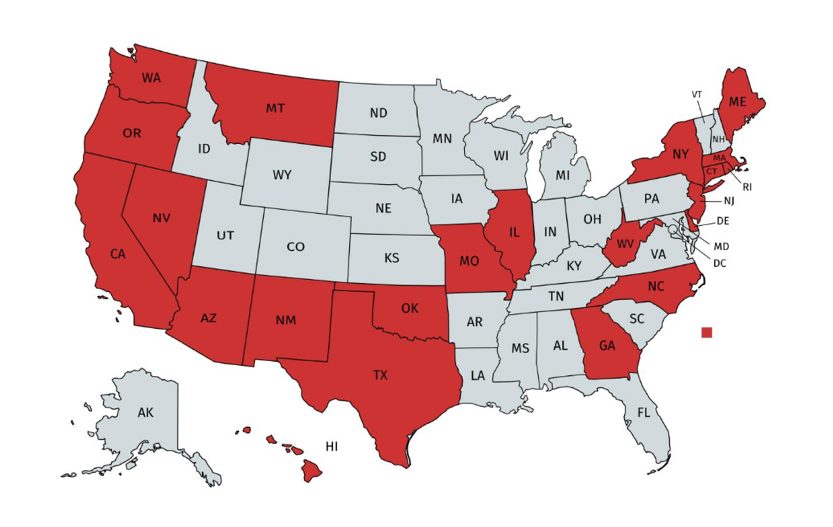 In April, the 4A’s joined other trade organizations to announce the Privacy for America coalition. Working with privacy policy advisors, Privacy for America advocates for a national standard that would make personal data less vulnerable to breach or misuse and set forth clear, enforceable and nationwide consumer privacy protections for the first time.

“Comprehensive, federal legislation needs to happen. We need centralized direction, and it needs to be simple,” Pepper said. She also shared that the Privacy for America coalition is drafting the law to address data privacy “in a way that is technology-agnostic, so that it remains evergreen.” 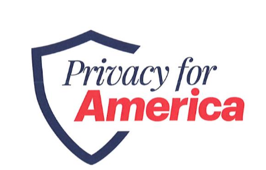 5) The new acting director of the FDA will likely continue his predecessor’s agenda.
Whenever a new FDA commissioner takes the helm, the pharmaceutical industry is anxious to understand how the shift will affect the FDA’s regulatory mindset. Scott Gottlieb, who had industry ties and ran the FDA from 2017 to April of this year, was a popular leader whose resignation was largely unexpected.

Nancy Bradish Myers, president of Catalyst Healthcare Consulting, explained that many organizational changes underway at FDA will continue and Gottlieb’s successor, Ned Sharpless, is expected to maintain similar priorities as Gottlieb. These include:

It’s worth noting that Sharpless is acting director, and Myers didn’t expect any early action to be taken to confirm him as the long-term leader. And, she pointed out, the longer there aren’t any moves made to confirm him, the less likely it will happen before the 2020 election. Who will be the permanent commissioner, and when, remains to be seen.

Conclusion and Calls to Action
While the impact of U.S. politics on our industry’s future is full of unknowns, the CHC Rising Leaders conference provided an important update on many truths we do know: Healthcare is a top issue for voters – and the conversation will be even louder the closer we get to elections. There is strong bipartisan skepticism of pharma marketing and criticism of drug pricing, and it’s here to stay. There is a renewed risk of a “marketing tax” — and the industry should take notice. As well, the industry should be prepared for stricter regulation of data privacy; the hope is that this regulation will come from within. Finally, we need to see whether the FDA in the post-Gottlieb era will look a lot like FDA in the Gottlieb era — at least, many in the industry hope this will be the case.

Knowing is one thing; acting is another. Speakers at the conference not only shared helpful facts, speculation, and analysis – several offered calls-to-action. These include:

“The CHC is the health communications industry’s voice at the table in Washington,” notes Jon Bigelow, executive director. “We keep our members informed on what is happening and what it means, we present our industry’s side of the story to the media and directly to policymakers, and, working with our members and partner organizations, we mobilize action when needed.”

Thank you to those on The Hill making a difference on the industry’s behalf!

Interested in learning more and staying up to date?

Intouch Group is a member of the Coalition for Healthcare Communications and the 4A’s.

Wendy Blackburn is executive vice president of marketing and communications.