Compute Midwest — which recently named Intouch’s own executive vice president David Windhausen as one of 10 tech leaders shaping the future of Kansas City — just held its fifth annual conference at Kansas City’s Kauffman Center for the Performing Arts. Once again, the conference brought together innovators from around the world to talk about the latest in tech, including self-driving cars, 3-D printed human tissue, space travel, artificial intelligence and more.

Intouch’s Jessica Ralston, a senior team lead for front-end development, was among the nearly one-dozen Intouchers who attended the daylong, don’t-miss conference. Here, she highlights four presentations she found most interesting.

BioBots — BioBots founder and CEO, Danny Cabrera, talked about making 3D printers that build fully functioning living tissue, which he believes can be used to develop personalized patient therapies. In a TechCrunch interview last year, Cabrera explained that “we can take cells directly from the patient and build 3D tissues, miniature tissues, specifically for that patient and test different treatments, different drug routines and personalized therapy’s for patient-specific disease.” 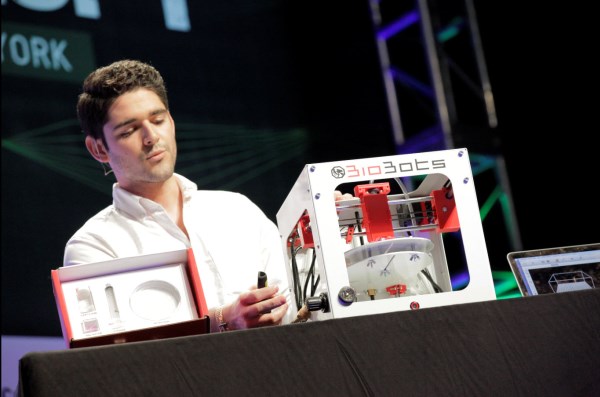 ShotTracker — Davyeon Ross is a Kansas City entrepreneur who co-founded ShotTracker, wearable tech (in the form of a wrist sensor) — endorsed by Magic Johnson! — that can be used to track basketball stats in real-time during games or practice.

Hyperloop — COO Bibop Gresta did a presentation on Hyperloop, a method of transportation that uses magnets to move pods through vacuum tubes. They could move people at nearly the speed of sound. His company, Hyperloop Transportation Technologies, is using crowd sourcing: In exchange for work, people can earn one share per hour that they work on the project.

NASA — There were two presenters from NASA, Jordan Evans and Alex Menzies. They both talked about Mars. Evans talked about the Mars 2020 program (a Mars rover mission) and Menzies showed how virtual reality can be used to take people to other planets, even if it’s physically impossible to get them there.

The Only Limit Is Our Imagination

Although much of what was presented at Compute Midwest wasn’t health-related, it was inspiring, nonetheless. Furthermore, tech developed for use in other fields can potentially be put to work in healthcare. Sure, virtual reality can be used to travel to other planets; but we can also use it to train physicians in surgical techniques, trauma scenarios and softer skills like bedside manner. Transportation systems like Hyperloop could make it possible for patients to travel great distances in shorter periods of time to seek treatments that aren’t accessible closer to home. As tech advances come faster and more furiously than ever before, their potential to do good is limited only by our own imaginations.