Closing Out Hispanic Heritage Month: A Discussion About Identity

It’s Hispanic Heritage Month, a national, month-long celebration of the history, culture and influence of Latino and Hispanic Americans, and once again, Intouch’s Inclusion & Diversity Alliance provided an opportunity to learn more, directly from people this month is meant to honor.

“Modern Latinidad” was a virtual panel featuring seven Hispanic/Latinx Intouchers from several offices who talked about their own experiences: how they identify and present themselves, what it’s like to navigate different communities, and how they feel about and respond to the terms that are used to refer to them. Here’s the Q&A:

How do you identify?
How we self-identify – and who we identify with – affects nearly all aspects of our lives. It can determine the kind of job you take (and your salary), your choice of friends, partners and colleagues, your personal style, where you live, and of course, how you vote. It made sense, then, that the first question asked of the panel was, “How do you identify,” and the answers were as diverse as the panelists.

Carlos, a senior data scientist who works in Kansas City and has lived in the United States for 30 years, says he can’t relate to the term Latinx. As far as Google can tell, Latinx was first spotted online in a Puerto Rican academic journal in 2004 and was intended to bypass the gendered words Latino and Latina. Since then, its use has gained some traction in the wider world; yet it’s accepted to varying degrees by the community it was created for. Carlos – who is Colombian-American — says he identifies as Latin, Latino, Hispanic, Colombian and American. “I don’t use ‘Latinx’ because it doesn’t mean too much to me.”

CeCe, a senior talent acquisition manager in Chicago, identifies as Afro-Latina but said she understands the use of the term Latinx because it helps people who don’t identify as male or female. Antonio, an assistant relationship management strategist in New York, strives to be inclusive and uses Latinx, Latino, Latin and Hispanic, depending on the environment and what he thinks people will be comfortable with. Brian, an associate strategic planner from Chicago’s South Side, also said that which word he uses — Latino, Latinx, Mexican — depends on who he’s talking to.

Melina, a designer in Chicago, noted that until she went to a white, all-girls Catholic high school, she identified as Latina; then, she said, she referred to herself as Hispanic because “it sounded better.” Today, she is proud to call herself Latina.

Siobahn, a planning director in Chicago, acknowledged that her name can be confusing to people who don’t know her background; as a Latina-Colombian-Irish-American woman, she said, “Latina” feels good to her, but she also feels she still has to prove herself among Latinos. “My name and I present white, whatever that means. I lean in, use the accent.”

What makes you identify the way you do?
Carlos said he doesn’t think much about it. “I am what I am,” he declared. For Carlos, the term Latinx feels divisive, as if it were imposed on him.

CeCe talked about racial tension between Mexicans, Puerto Ricans and Blacks in the Chicago neighborhoods where she grew up. “I was always forced to pick a side, and it was never enough,” she said. In Puerto Rico, though, she’s more at ease and doesn’t feel the need to explain her identity; instead, she said, she can breathe there.

Juliana, who is of Cuban and Polish descent, also grew up in Chicago. She shared an anecdote about shopping with her white, Polish grandfather and listening as people asked him if he’d hired her to take care of him … as if they couldn’t possibly be related.

How does speaking Spanish affect your sense of identity and relationship to your culture?
The language we speak influences how we see ourselves and how others see us. Brian pointed out that some older immigrants had to unlearn their language and culture when they came to the United States, “Our grandparents were pressured to assimilate in order to survive, and now we’re pressured to do the opposite.” This led other panelists to share similar stories about their own families’ experiences.

CeCe explained that her grandfather moved from Puerto Rico to New York City, where he, too, experienced racism and the pressure to assimilate. There, he refused to teach his children Spanish and wouldn’t allow his grandchildren to speak it around him. For CeCe, however, teaching her future children Spanish will be a priority.

Melina, a third-generation American who attended a Spanish-speaking elementary school, said her family was ostracized and punished for speaking the language when they came to America. Now, however, she speaks Spanish with her son because being bilingual will give him access to more – not fewer — opportunities when he grows up.

Antonio – along with other panelists — noted that discrimination can flow both ways. Where he grew up, in the Mission District of San Francisco, his family didn’t see speaking Spanish as advantageous, yet he wasn’t looked down on for not speaking it. In New York, where he now lives, he’s been called a “fake Latino” for his lack of fluency.

More Alike Than Different
We’re living in a period of deep polarization. It’s critical that we strive to understand — not ostracize — people who are different from us. The panel served as a valuable reminder that, even though we may come from different backgrounds, look different or speak different languages, we share the same desire to belong, to figure out who we are in relation to the world around us, to succeed, find peace and make a good life. 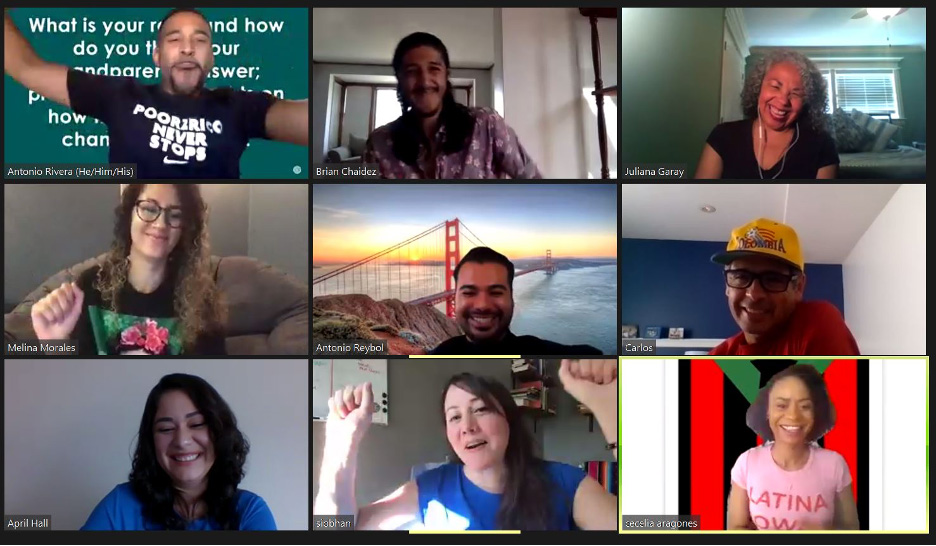 A big thank you to Antonio Rivera, associate director of inclusion and diversity at Intouch, for putting this program together, and April Hall, a bilingual, bicultural, licensed professional counselor in Chicago, for facilitating it.

Interested in working for a company that values diverse points of view? Visit our careers page today!