When the Chips Are Down, Intouchers Won’t Crumble

Maybe it’s that we just came out of the tail end of the Dog Days of Summer. Or maybe it’s because our beloved Summer Fridays – the much-appreciated period between Memorial Day and Labor Day when Intouchers who get their work done and have put in their 40 hours can leave early on Friday afternoons – are nearly over. Whatever the reason, things got a little loopy this past Thursday when several KC Intouchers gathered for the 2018 Chip Challenge, an informal contest that pitted more than a dozen brave souls against one another to identify the flavors in five kinds of specialty potato chips.

Senior strategic planner Sahar Ejaz started the Chip Challenge a few years ago. The challenge, she says, is a less elaborate version of a challenge she does with her family. In the Intouch version, participants tasted each type of chip, then had one minute to record the flavors they thought they tasted in each. If you’ve ever gone through a box of Harry Potter™ Bertie Bott’s Every Flavour Beans, you’ll get a sense of what that was like. Let’s put it this way: there were some surprises.

After everyone submitted their guesses, Sahar revealed the featured flavors:

In the end, and after much laughter, media supervisor Megan Owara took home the prize: a potato. 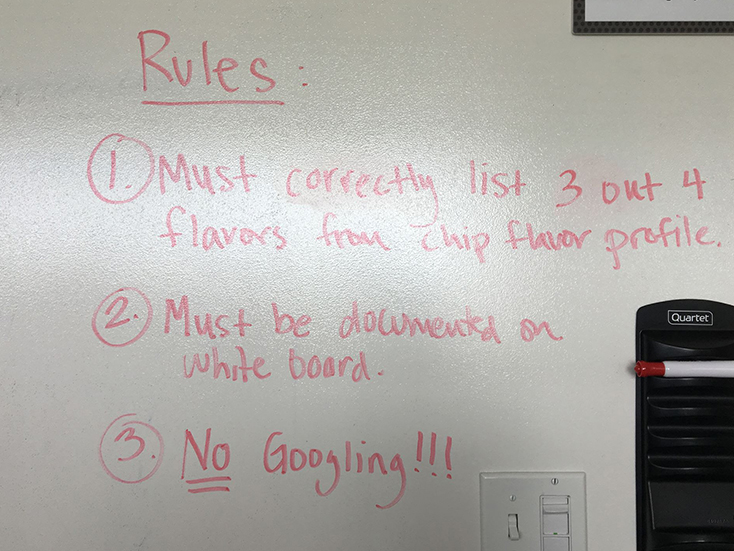 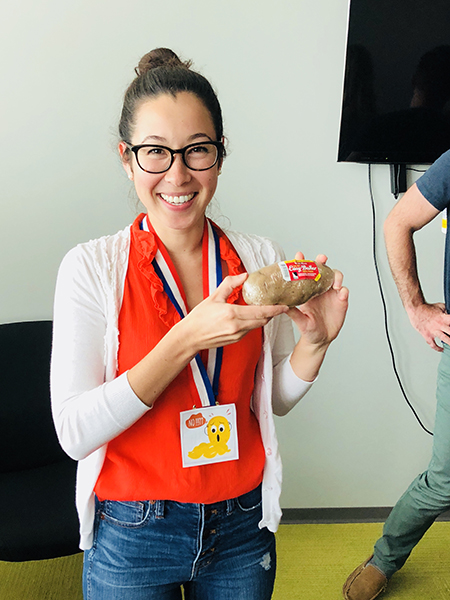 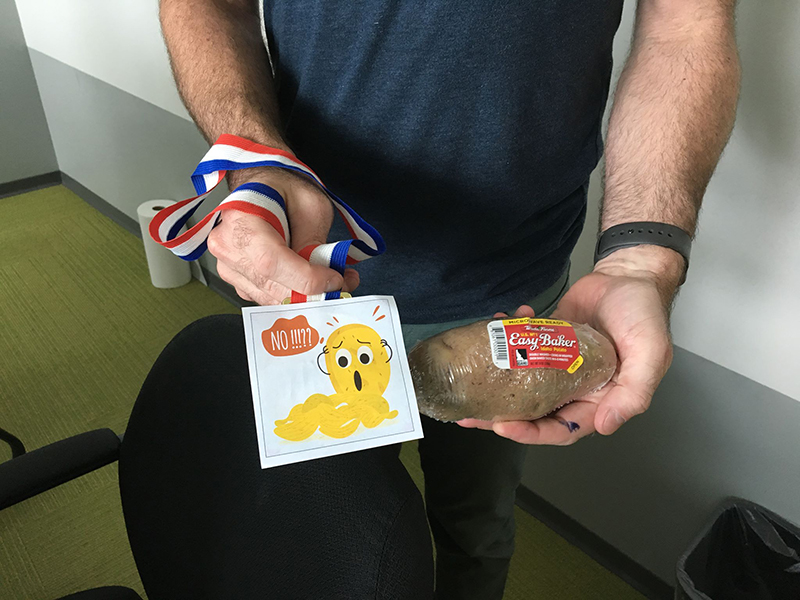 As of this writing, Intouch has 55 open positions, 22 of which are in the KC-area office. Check them out, join one of our amazing teams, and maybe you can be next year’s Chip Challenge winner.